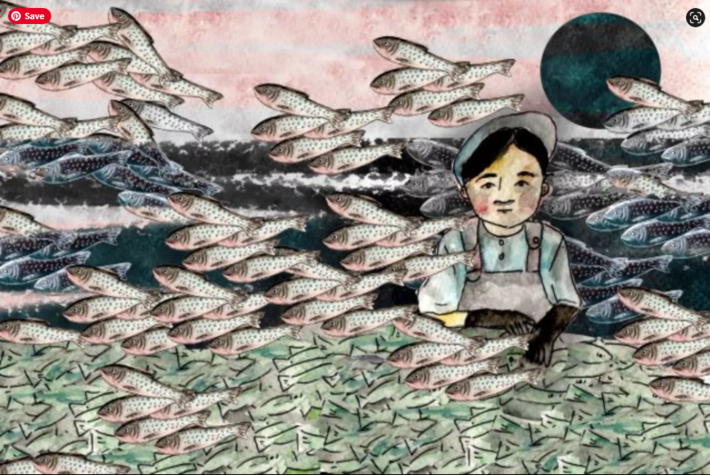 Throughout her practice, Cindy has developed multi-media installations, fictional audio works, performances, animations, drawings, and social collaborations that relate to Japanese Canadian experiences in B.C and Japan. She works with members of these communities and often includes her paternal family’s history both within internment camps and as repatriated Japanese Canadians in Japan after the war.

In the early 1920’s Japanese Canadian fishers lived and worked in Nanaimo at Hammond Bay (also known as Kujira Bay), Departure Bay, Shack Island (a way station for salmon and coho fishers traveling north), and Saysutshun. While Nanaimo had been known as a coal town for half a century, it also had 43 Japanese herring salteries. Due to the unexplainable abundance of this fish during a short window of time, and a demand for salted herring as an important export to Asia, Nanaimo became known as a herring capital.

Tides & Moons: Herring Capital is the third exhibition through which Nanaimo Art Gallery asks the question, What stories do we tell?

SMALL WONDERS: AN EXHIBIT IN MINIATURE